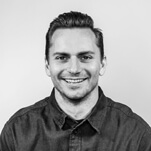 To be honest this list could be much longer, but these are the mistakes I see being made on a daily basis. I’m not just talking about midsized to large companies, but also the individuals and smaller businesses trying to gather an online following. And the moment I see these types of posts or tweets I can’t help but roll my eyes and sigh.

If you run your own business and have tasked yourself with navigating social media or have hired someone else to do it for you, avoid these mistakes as your online credibility depends on it!

1. Stop talking at your customers and audience

I had originally titled this section “stop shouting at your audience,” because that’s often what people believe they need to do in order to be heard or recognized. But nothing gets more cumbersome and tiring faster than ALL CAPS AND EXCESSIVE EXCLAMATIONS!!!!!

My parents’ generation just doesn’t seem to understand that writing anything in all caps literally reads in my mind like someone shouting. There are very few times you should be posting in all caps and if you are ever in doubt, I’d say its a fair bet that you should just stick with normal and calm punctuation with lower case letters.

Outside of using all caps, remember that the point of your message/post/tweet is to start a conversation, have some personal interactions or to convey information. If you were attempting to have a social interaction in person, you wouldn’t mindlessly shout semi-coherent sentences hoping that someone hears you and understands you. Before you post, pretend that you are speaking to someone in front of you or to an audience. You’ll end up with a clearer message that is better received.

2. Posting without being consistent

Unless you already have a wildly popular brand or are famous yourself, the only way to build a loyal online following is to be consistent with what you share and talk about. For example, lets say you are starting a new fashion blog where you want to talk about the latest trends and eventually hope to influence those trends. You need to not only have a sharp eye for fashion, but you must be consistent and post every day. That’s right, in my opinion consistent posting (no matter what social media you are using) means posting at least once every day. Your readers are creatures of habit and want to be rewarded for repeating the task of going to your blog or Facebook.

My wife is in the beauty industry and happens to blog about it quite a bit. She also spends a good amount of time reading other blogs and learning what other people are saying. I’ve heard her complain about a couple of other bloggers who have posted great articles, but that it takes them several weeks before they post something new. Consequently, she moves onto someone else’s blog and forgets that she found something meaningful somewhere else. If you’re interesting enough to bring someone back to your site, you better have something there a second or third time to reward him or her for coming back. It’s a never-ending cycle and you just can’t get around it.

For the sake of being completely honest with you, I obviously have problems with consistent posting myself. They say it takes 30 days for humans to form a habit, so lets just take it one day at a time and form the good habit of posting daily.

This is an increasingly easy mistake to make, and lets be honest, you can’t always be the first person to stumble on today’s relevant news. Chances are, the people who follow your social feeds are mostly different from those following mine and it would be safe to repost something you found interesting in my feeds.

However, dusting off a two month old video or picture that was incredibly popular is bad form. It’s considered Internet necromancy or raising old topics from the dead. These recently laid-to-rest hits have grown stale, and even though you just barely stumbled onto the news that Joaquin Phoenix’s dive into the deep-end of drugs, prostitutes and rap was a ploy, you need to keep it to yourself. Double check the date, search around the web a bit and make sure that those headlines you are racing to share aren’t actually several months old.

I do some work for a company that produces optical discs and I come across this problem on a daily basis. In reading about industry related news, I inevitably come across tweets and Facebook posts claiming that the optical disc just received a deathblow. That Apple just sentenced this technology to the same fate as the floppy disk. Thanks for sharing the same article 1,264 other Twitter uses shared, and 10 days later than the date it was posted, but no thanks.

There’s no quicker way to lose current followers or potential new ones, than by dredging up old news.