As social media has become ubiquitous, every company out there is grappling with the best way to use it. Because every industry is different, with separate strengths and weaknesses, goals and areas of attention, there are standouts in each industry understanding how to communicate their business’ value proposition through social media. What would happen if you took the best lessons, already tried and tested by the industries that know them best, and applied them to your company?

At Bright Oak, we’re vehemently against cookie-cutter social media plans; just as every business has a different model, goals, and operations, so should their social media strategy. However, there are lessons to be learned from a few key industries, who have figured, as a whole, how to do social media right.

It makes sense that Web 2.0 companies, especially those built around social media itself, would be the most agile in using social media to their business needs. This is an industry that takes the cake for instantaneous customer service.

Take Hootsuite for example. Naturally, a company that offers a social media tool should be responsive on those networks, but Hootsuite does a particularly good job being there for it’s customers. In fact, Hootsuite, like many other companies in the same league, encourages users to reach them on Twitter for help first. 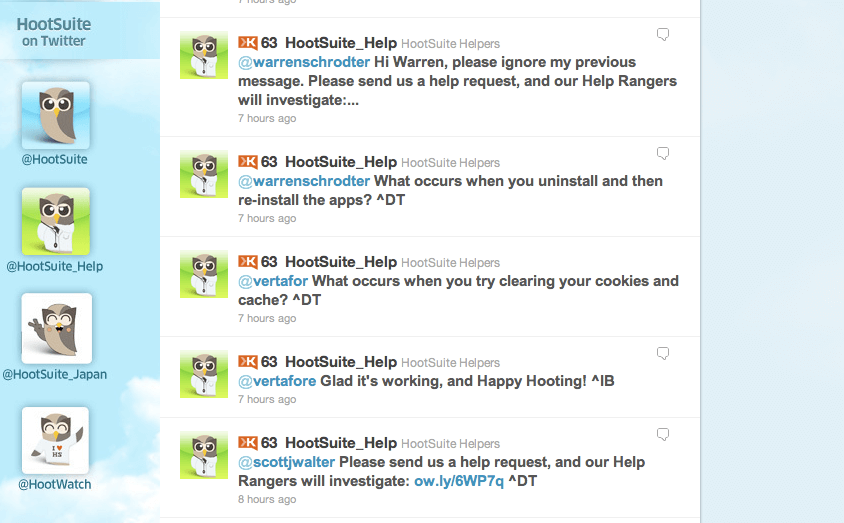 Another great example is our server provider, Media Temple. In addition to having a 24/7 support number, they have 19 employees that take shifts throughout the day responding to their customers questions. Other companies outside of this industry can still take advantage of the customer service functions of social media, if not to the same extreme (we mentioned this back in our post last week). Instead of making Twitter the primary location for customer service, understand its value as such, and have a clear plan for directing help and customer service queries made on social media to the right departments.

Unless you live under a rock or in the middle of nowhere, you’ve at least heard of the food truck phenomena. In cities like LA, where the trend was born out of tradition lonchero lunch trucks, mobile eateries are hitting the streets, picking new locations to park and serve their customers great food from the window of a truck.

The food truck phenomena wouldn’t have been possible without social media, because it was the only way for the often spontaneous food trucks to get the word out about their location, which often varies every few hours. And people listened: they understood the only way to find these tasty trucks was to follow them on social media and hunt them down. 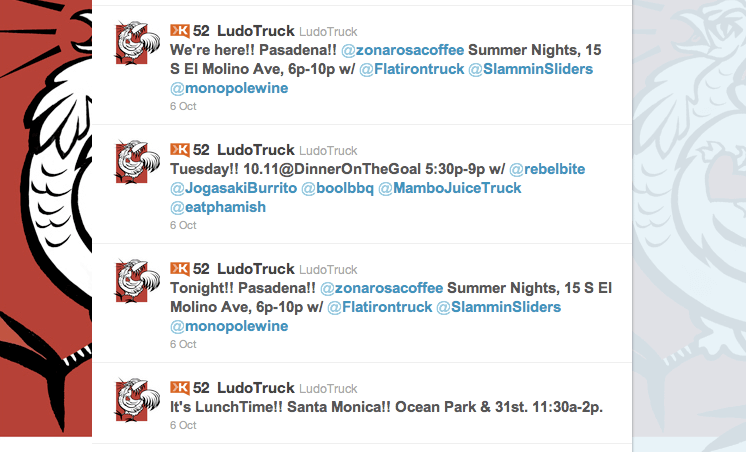 Now, tweeting the location of your sports equipmint stores every five minutes is far, far, FAR from a good idea. But food trucks succeeded because whether, consciously or subconsciously, the information they were tweeting filled a very tangible and valuable need for their customers.

It’s a little more challenging for other businesses, but that’s the key to any successful business, and the same to any successful social media campaign: identifying what your consumer actually want and need, not what you want to promote, and providing that.

It’s a no-brainer: the fashion industry is all about looks. Take five minutes to browse the crop of visual blogs, photo-sharing communities like LookBook.nu, and the sharing of fashion on Tumblr, and that’s all it takes to realize it’s a visual world out there, built around collecting and sharing.

It’s the fashion designers themselves that started this scrapbooking and sketching, and now their social media pages reflect that. Burberry, for example, is constantly sharing new looks from their catalogs, media from their fashion shows, and more.  And because it’s Burberry, and because it’s pretty, it gets picked up, liked, and shared all over. 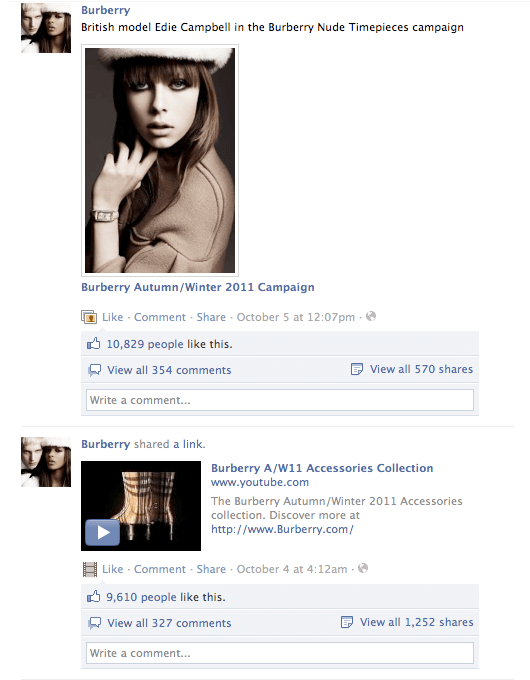 Posting photos of your lawncare products isn’t going to inspire the same enthusiasm, but posting content that’s relevantly sharable for your company will. Sharing means exponentially more people see your brand name, which is ultimately more important than just your fans seeing what you post.